The Business Events Council of Australia (BECA) has announced the appointment of Matt Hingerty as its new independent Chairman.

Mr Hingerty brings a wealth of expertise in leadership and political advocacy and will help steer the Board's engagement with the Australian Government and its agencies like Austrade and Tourism Australia. The appointment was confirmed at the BECA Board meeting held last week in Sydney.

Mr Hingerty is currently CEO of Barton Deakin Government Relations and former Chief of Staff of Joe Hockey in the Howard Government. His breadth of experience also includes leadership of key associations including the Australian Tourism Export Council (ATEC) and the Tourism and Transport Forum (TTF Australia). He replaces Ton Van Amerongen former CEO of the Sydney Convention and Exhibition Centre.

The Board of BECA unanimously endorsed the appointment. With his appointment BECA will ramp up its engagement with the Australian Government with the aim of securing more support for Australia's meetings, conventions, exhibitions and incentives sector.

Mr Hingerty said he was honoured to accept the appointment and looks forward to guiding BECA through its next phase of representing the Business Events sector.

"It's a great honour to be invited to help guide an industry sector that does so much to represent Australia to the world and does so much to foster commerce and education of our community." he said.

"Shortly BECA, with the support of the Commonwealth Government's TQUAL program, will embark on a comprehensive study of the sector's economic contribution to Australia. This will form the foundation of our representation work - it will provide further valuable evidence of the enormous reach of the sector in driving economic development, trade and export and also in attracting inward investment and talent."

Joyce DiMascio, BECA Board Councillor and CEO of Exhibition and Event Association on 0412 869 229. 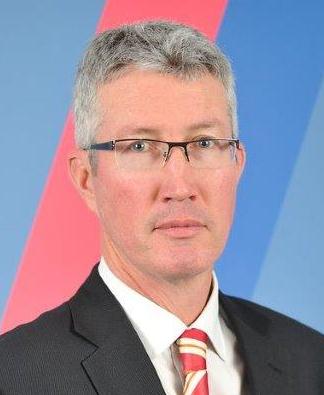